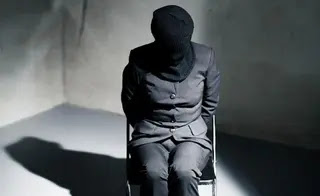 A couple, Ado Aminu and his wife, Samira Abdullahi, have been arrested in Sheka Quarters, Kumbotso Local Government Area of Kano State, for arranging own kidnapping to demand for a ransom of N4 million from their relatives.

An accomplice, Anas Isah, was also arrested in connection with the planned kidnapping.

The spokesman of Kano State Police Command, DSP Abdullahi Haruna, who confirmed the arrest, said the husband, Ado conspired with his wife, Samira and used Anas to carry out the planned kidnap and demand for the ransom.

DSP Haruna said the accomplice, Anas, revealed the plot when he was arrested.


According to him, “In September, one Samira Abdullahi, 31, of Sheka Quarters, Kumbotso council, Kano State, reported that her husband one Ado Aminu, 52, of the same address, was kidnapped and a ransom of N4,000,000 demanded.

“The command’s Commissioner, Habu A. Sani, immediately raised and directed a team of Operation Puff-Adder to arrest the culprits in 24 hours.

“The suspect, one Anas Isah Musa, 32, of Sheka Gidan Leda Quarters, Kumbotso council, was arrested on the same date.

“During investigation, the suspect confessed that the kidnapped victim conspired with his wife Samira Abdullahi, planned the kidnapping and used him (Anas Isah) to demand ransom from his relatives.

“Suspects were arrested and charged to court for prosecution.”

Haruna also said the command succeeded in arresting eight other kidnap suspects, including a serial kidnapper, who confessed to have kidnapped one Aisha Usman, 60, of Bauna Village, Rano Council, Kano State, in August.

“Efforts are on to arrest other members of their syndicate,” DSP Haruna said.