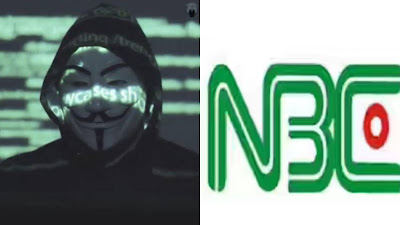 The official twitter handle of National Broadcasting Commission (NBC) has been hacked and allegedly taken over by decentralised international ‘hacktivist’ group “Anonymous”.

The Nation checks revealed activities on NBC’s twitter handle page were tweets and retweets of the #EndSARS protests/campaign against police brutality.

The group after take-over tweeted: “We #Anonymous are out to expose government’s secrets & dirty files Put an #ENDTOPOLICEBRUTALITY #Twitterdown #NBChacked”

“Good morning, great Nigerians. TGIF and it’s also a good day to #ENDSARS and #EndSWAT.  Which government website(s) would you want us to play with? Drop your suggestions under this tweet. #TwitterDown #NBChacked.”


Earlier this week, the decentralised international ‘hacktivist’ group claimed to have hacked several government databases, including one which contains names and contacts of operatives of the now-defunct Special Anti-robbery Squad (SARS). 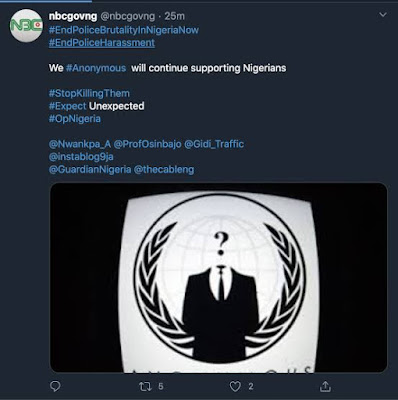 The group also disclosed via its Twitter handle it had breached some Nigerian government websites.

Anonymous is a decentralised group of anonymous hackers widely known for carrying out anonymous cyberattacks against governments and government agencies.