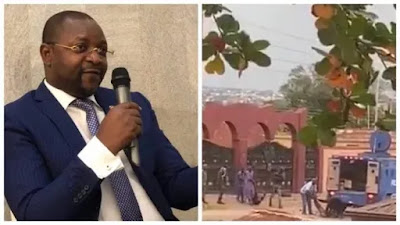 Minister of Youth and Sports Sunday Dare said the End SARS protest staged at Soun’s palace on Sunday was hijacked by hoodlums.

The minister stated this after three persons, including a teenager, were reportedly shot dead and many others critically wounded after police and soldiers opened fire on protesters in the palace of Soun of Ogbomoso.

The protesters were attacked after they stormed the palace of Soun of Ogbomoso to demand an explanation from the king over his failure to condemn the police’s killing of a 20-year-old protester, Jimoh Isiaq, on Saturday.

Youth minister, Sunday Dare was at the palace when the shooting occurred.


However, Sunday Dare insisted that the protest was hijacked by hoodlums after reports emerged that the End SARS protesters were attacked unjustly.

The minister said: “Ogbomoso-Hoodlums, thugs & miscreants disrupt stakeholders meeting in Soun’s palace now-invading, stoning and breaking doors, glasses. Soun, myself, and council chiefs were scurried into safety by the police and DSS. Ogbomoso youth are law-abiding. But hoodlums have taken over.

“The hoodlums broke into the palace and destroyed chairs, overturned tables, broke windows. These were not Youth or Students. These were miscreants and thugs who saw a window of opportunity in the protest which since abated. Thankfully. Soun, the chiefs, leaders of Parapo are safe.” 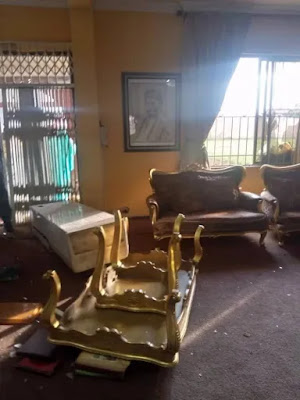 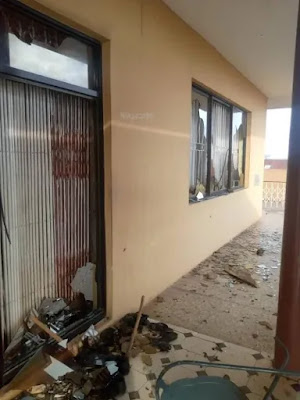 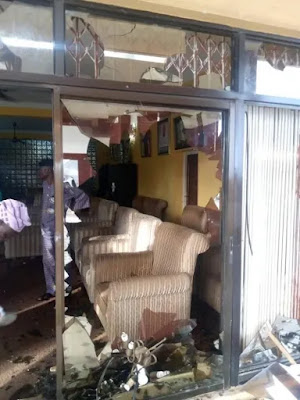