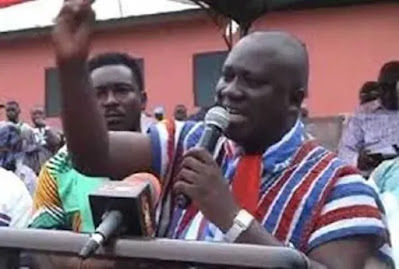 Irene Oppong, the spokesperson for the Central regional police command, said the MP for Mfantseman constituency Hayford, who was returning from a campaign trip late Thursday, was shot dead by the robbers.

She said the police patrol team, which responded to a distress call that armed robbers had blocked the Mankesim-Kumasi highway, met scores of passengers stranded with about 18 vehicles parked with their tires deflated.

“Among the victims was the MP for Mfantseman, Ekow Quansah Hayford, who was shot dead. The body has been deposited at the Saltpond government hospital mortuary for preservation and autopsy,” she added.


Oppong added that four other people, including the driver of the MP and three persons on another truck, were also shot by the robbers and were receiving treatment at the Roman Hospital.

Police investigations are underway to arrest the perpetrators of the crime, said the police spokesperson.