Lightning Kills 2, Injures 5 Others In Delta 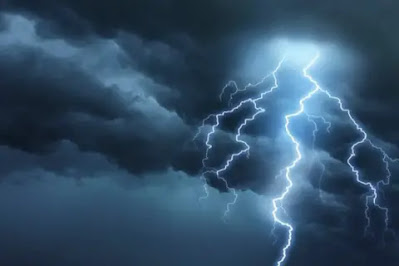 Vanguard correspondent reports that the two dead persons, a male and female were in a makeshift shop when the incident occurred. They both died on the spot, it was also reported that five other persons sustained serious injuries.


One of the survivors, Mrs. Gladys Okah, who spoke with newsmen, said she ran into a meat shop owned by one Mrs. Ortega due to the heavy downpour when the thunder struck.

Mrs. Okah said: ” I was flung by the thunder into flood beside the shop. Everyone that survived was left with scars due to the effect of the thunder strike”.

Contacted, the Police Public Relations Officer, PPRO in the State, DSP Onome Onovwakpoyeya confirmed the incident, disclosing that bodies of the deceased have been deposited in the mortuary.

The Ogun State Commissioner of Police, Edward Ajogun on Thursday paraded seven persons in connection with the fraudulent withdrawal of N1.5 million