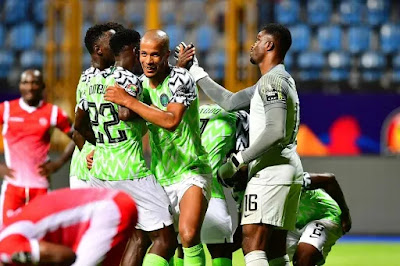 FIFA 21 will released this week, and while gamers will be able to play as all of the world’s biggest clubs, they won’t be able to take control of Nigeria’s Super Eagles.

The West African are one of the many African nations who have been neglected on the game, as while FIFA offers fans the prospect of playing with a range of international teams, Caf only receives meagre representation.

Of the countries available on the game, there will be some African teams included, with the likes of Egypt, Cameroon, Cote d’Ivoire and South Africa all playable on the game.

It’s great news for fans of these nations, but too many supporters of Africa’s national teams are set to be left disappointed.


This has nothing to do—as some have suggested—with the teams’ standing in the world game.

None of the six top-ranked African teams in the Fifa World Rankings have been included in the video game, this is a list that includes Senegal (20th), Tunisia (26th), Nigeria (29th), Algeria (35th), Morocco (43rd) and Ghana (46th).

Egypt—currently ranked 51st in the world—are the top African team who are playable, which will come as a bitter blow of fans of those clubs at the pinnacle of the standings currently.

Some have speculated that Nigeria aren’t present on the game because EA Sports don’t have the licence to use the Super Eagles, but this isn’t entirely accurate.

While they may not have access to use the rights of the national side, that alone doesn’t prevent them from including the West African giants in the game.

This year—as has been well publicised—EA Sports have the rights to use neither Portugal nor Italy in this year’s game, but both have been included without their official federation logos anyway.

The last time Nigeria were available on a FIFA game was FIFA 2008, and it’s too long for fans in Nigeria and the many Super Eagles fans of Nigerian origin around the world.