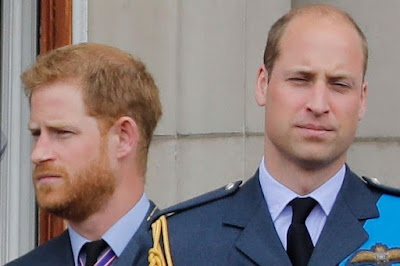 Prince William and Harry cut contact with each other 'completely' for two months and now rarely speak, the author of a new royal biography has claimed.Royal correspondent Omid Scobie, who co-wrote Finding Freedom about the younger prince's abdication along with wife Meghan, makes the bombshell claim in an upcoming TV interview.The Duke of Cambridge was reportedly furious with the Sussexes for "damaging the Royal Family's reputation" by posting their exit plan publicly on Instagram, Mr Scobie has said in a new TV interview.In the True Royalty TV interview to air later today, the author will reveal how the brothers didn't speak for an extended period around the time of the Sandringham summit.The summit saw senior members of the royal family hash out the details of Harry and Meghan's exit.Prior to leaving the family for America, Harry is also reported to have shouted "What the hell" at the Queen during one heated discussion about a royal aide, according to The Sun.There had supposedly been tension between the Sussexes and Cambridges for months prior to Harry and Meghan's bombshell announcement in January.