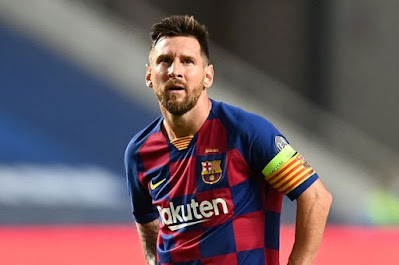 Lionel Messi has reportedly told Barcelona he wants to leave the club immediately in the wake of their Champions League failure.Messi cut a desolate figure as his side were thrashed 8-2 by Bayern Munich in their Champions League quarter-final on Friday night.It has led to Messi considering his future - and Esporte Interativo now claim that he wants an immediate exit having grown frustrated at the lack of planning at the club.He is said to feel 'isolated' after repeated failings in the Champions League and their frustration in La Liga as Real Madrid pipped them to the La Liga title.The news comes after the Sunday Mirror exclusively revealed that Manchester City are in pole position to land Messi if he leaves the Nou Camp.