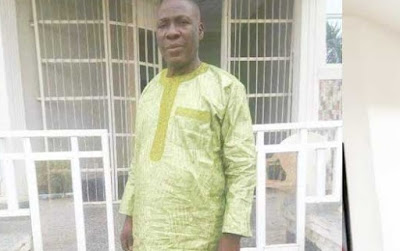 Gunmen on Sunday killed the proprietor of Winners Comprehensive High School Jalingo, Mr. Danlami Shamaki.An eyewitness told The Nation the late Shamaki was returning from Abuja in his Toyota Jeep at about 5pm with three other people when they ran into a group of armed men between Danacha and Sabongida village in Gassol local government area of Taraba state.It was gathered the gunmen, on sighting the vehicle, suddenly pushed a wheelbarrow to slow down the vehicle before opening fire.According to the eyewitness, the gunmen shot the late proprietor, who was sitting on the front seat on the forehead while the driver managed to escape with the other three passengers unhurt.Shamaki was said to have died instantly.It was further gathered his remains were taken to Jalingo and deposited at the Federal Medical Centre mortuary.The Police Public Relations Officer of Taraba Police Command, DSP David Misal could not pick his phone to confirm the incident.But the deceased’s wife, Juliana, simply replied in tears “they have killed my husband, ” when The Nation visited their home in Jalingo on Monday morning.