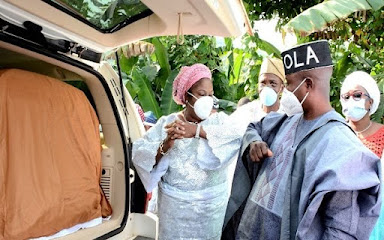 The government of Osun State on Tuesday handed over the remains of the late Senator Ayo Fasanmi to the Ekiti State Government, for his interment at St. John Cathedral, Iye Ekiti.
The Chief Press Secretary to the governor, Mr Ismail Omipidan disclosed this on Tuesday in a statement.
He said Governor Adegboyega Oyetola (represented by his deputy, Mr. Benedict Alabi) was part of the eminent personalities who thronged Ekiti State on Tuesday, to pay their last respect to the late Afenifere leader.
“The short farewell ceremony took place at Itawure, the border of the two states. This was done to avoid breaching the Covid-19 social distancing protocol at the venue of the internment. 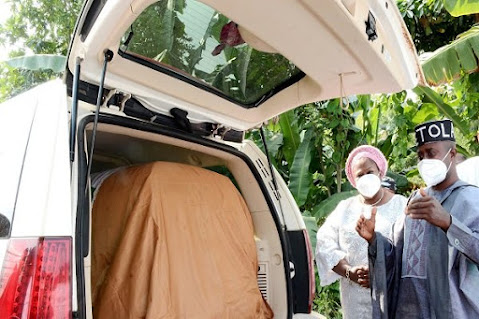