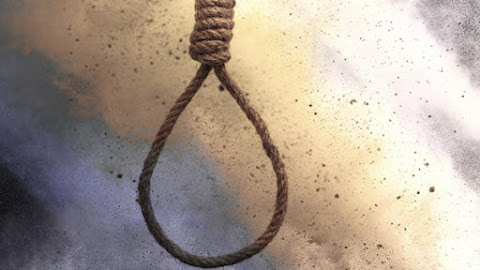 A father of three, Emmanuel  Eze, on Monday allegedly killed himself at Amagu Umudiaka village, Ihe community in Nsukka Local Government Area of Enugu State.
Eze, who hailed from Ehe-alumona, Nsukka, reportedly hanged himself in the  early hours of Monday in an uncompleted one-storey building close to the house where he  lived  as tenant with his family.
The late man’s elder brother, Silas Eze, who confirmed the incident, told the News Agency of Nigeria (NAN) in Nsukka on Monday that his late brother had been behaving abnormally before he took is life.
“It is unfortunate that my younger brother decided to commit suicide. “For sometime now he had been behaving like someone who had mental health problem.
“Yesterday (Sunday),  he hit the younger sister with a big wood and ran away, the sister was immediately rushed to the Bishop Shanahan Hospital, Nsukka.
“We are surprised to discover this morning that he has hanged himself in an uncompleted one-storeyed building near his compound.
“As I am talking with you, Emma’s wife is not yet aware that her husband has committed suicide, because she is the one staying with my sister in Bishop Shanahan Hospital,” he said.
Eze said that one of the family members had been mandated to report the incident at the Nsukka Divisional Police Station. When contacted, Mr Daniel Ndukwe , the  Police Public Relations Officer (PPRO) Enugu State Police Command,  said that  he had received several  calls on the incident. Ndukwe however, said that the command was still awaiting brief from Nsukka Divisional Police Station.
(NAN)