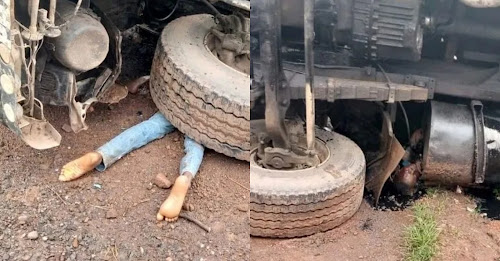 The people of the Ndubia community of Izzi local government area of Ebonyi state have been thrown into a mourning mood when a pregnant woman whose name is yet to be ascertained and her child were crushed to death by a speeding trailer.
It was gathered that the deceased, a middle aged woman whose child has been sick for few days has been battling to save the life of the little child thereby making her to harvest some of her crops to raise money.
According to an eyewitness, the driver of the trailer who was said to be on a very high speed could not control the heavy duty vehicle on sighting the woman.
It was also gathered that the driver immediately the incident occurred ran to a nearby police station to avoid mob action by the angry mob.
Some residents of the area, called on relevant authorities to ensure that there are speed bumps in some of the newly constructed roads in the rural areas as most drivers now take advantage of the good road to over speed. 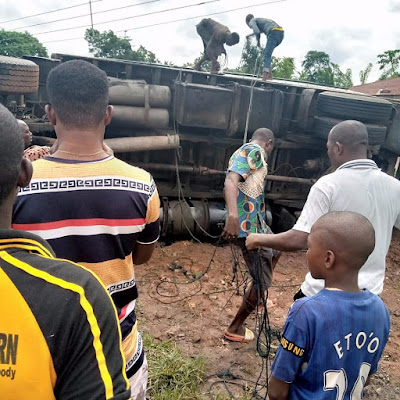 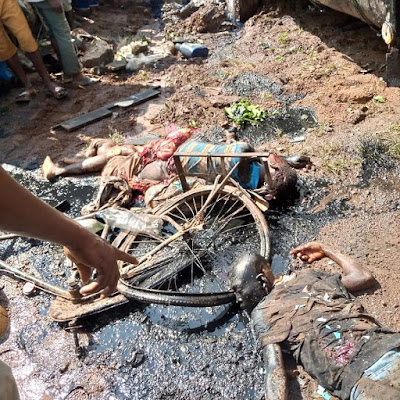 They suggested that the speed bump would go a long way to safe the lives of the rural dwellers who are not yet accustomed to the fact that the roads are now major express road. 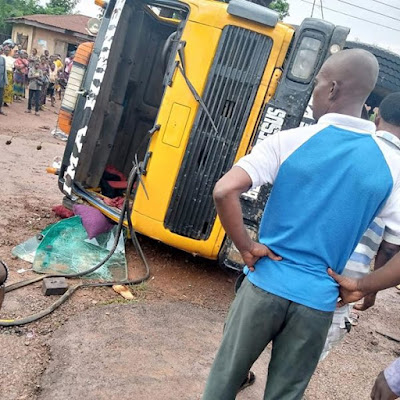 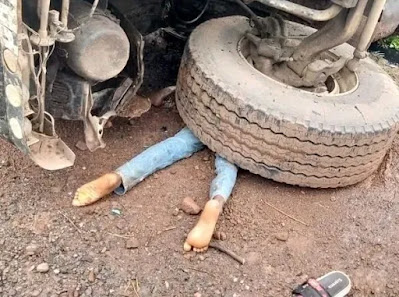 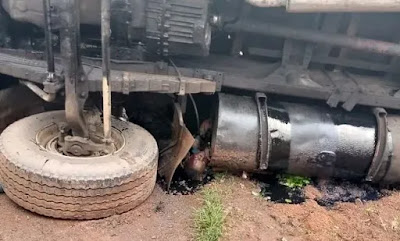