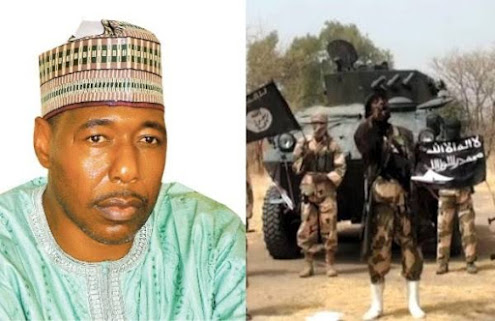 Borno State Governor, Babagana Zulum has been attacked by Boko Haram terrorists. This happened while on his way to Monguno and Baga.
It was gathered the terrorists ambushed the governor’s convoy as he went to distribute food to Internally Displaced Persons, IDPs.
Channes TV confirmed the attack on the Governor in its 10.00pm news bulletin last night.
The governor’s convoy was reportedly attacked by the terrorists while he was returning from Baga, a deserted fishing community in Kaka Local Government Area.
Zulum was said to be unhurt as soldiers and police officers guarding him repelled the assault on the convoy.