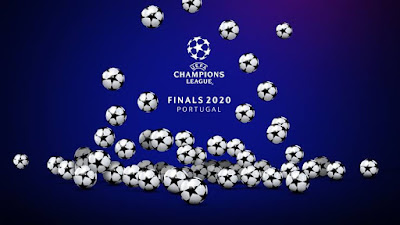 The draw for the quarter-finals, semi-finals and final were made from UEFA headquarters in Nyon, Switzerland on Friday.(Wapbaze_Copyright)

Cristiano Ronaldo and Juventus could face Real Madrid in the Champions League quarter-finals as the draw for the rest of the tournament was made on Friday.(Wapbaze_Copyright)

Madrid trail Manchester City in their unfinished round-of-16 tie, while Juventus trail Lyon 1-0 ahead of the second leg.(Wapbaze_Copyright)

Bayern Munich look likely to face either Barcelona or Napoli as they hold a commanding 3-0 lead over Chelsea, while debutants Atalanta will face Paris Saint-Germain.(Wapbaze_Copyright)

Meanwhile, RB Leipzig will play Atletico Madrid after both teams knocked out Premier League opposition in the last 16.(Wapbaze_Copyright)

With the route through the tournament drawn all the way to the final, fans can also look forward to some potentially huge clashes in the final four.(Wapbaze_Copyright)

Madrid could face Barcelona in a Clasico semi-final, with Pep Guardiola also potentially up against one of his former sides in Barca or Bayern if his City side makes it through.(Wapbaze_Copyright) 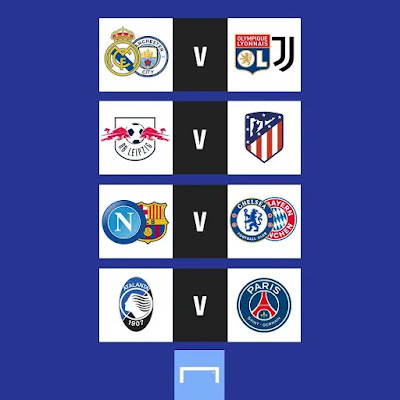 QF1: Real Madrid or Manchester City vs Lyon or Juventus

QF3: Napoli or Barcelona vs Chelsea or Bayern Munich

All matches to be played in Lisbon