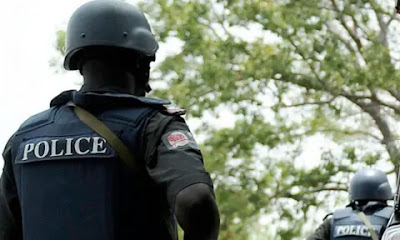 Operators of a suspected baby factory in Imo State have reportedly attacked policemen who stormed the facility while trailing a man who allegedly stole a baby from its mother at gunpoint.(Wapbaze_Copyright)

The incident happened in Umuocha community in Oguta council of the state, it was said.(Wapbaze_Copyright)

The Nation learnt that police went after the baby thief who reportedly fled into an hospital. On arrival at the facility, police saw several children and expectant mothers “apparently used for child trafficking”.(Wapbaze_Copyright)

It was gatthered that as the policemen started asking questions, the owner of the hospital, one Innocent Onuoha, allegedly mobilised youths of the village, who surrounded the building, demobilised the police vehicle and attacked the four policemen with different objects, inflicting various degrees of injuries on them.(Wapbaze_Copyright)

It took the intervention of the member representing Oguta State constituency in the state house of assembly, Frank Ugboma, for the policemen to escape.(Wapbaze_Copyright)

Ugboma said the policemen “told me that immediately they stormed the illegal baby factory disguised as hospital, the owner raised the alarm and the youths came out and started resisting the police from arresting the man. They overpowered the policemen and destroyed their vehicle that night while the policemen managed to escape”.(Wapbaze_Copyright)

Police spokesman Orlando Ikeokwu confirmed the incident, saying that the owner of the baby factory was arrested but released by the youths, while a police inspector sustained injuries.