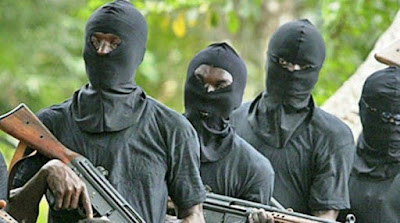 The hoodlums were also said to have stolen money and other valuables from the hotel before they zoomed off.(Wapbaze_Copyright)

They were said to have threatened to kill anyone, who put up any resistance, while they were operating.(Wapbaze_Copyright)

A resident, who spoke on condition of anonymity, told punch correspondent that the hoodlums ransacked every part of the hotel for valuables.(Wapbaze_Copyright)

The resident stated, “The hoodlums struck on Sunday night and stole valuable items. They took the money the hotel made for the day. They also stole telephones and other valuable items they could lay their hands on.(Wapbaze_Copyright)

“They went into the hotel and raped two female guests. Everyone in the hotel surrendered to them, because they were armed.”

When contacted, the Police Public Relations Officer in the state, Haruna Mohammed, did not take his call and had not responded to a text message sent to his mobile phone as of the time of filing this report.