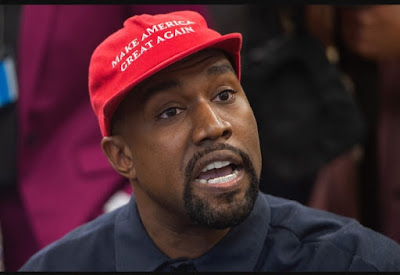 Rapper Kanye West has announced that he is running for the office of US President this year.(Wapbaze_Copyright)

"We must now realise the promise of America by trusting God, unifying our vision and building our future. I am running for president of the United States!" West wrote on Twitter using a hashtag #2020VISION.(Wapbaze_Copyright)

If he were to launch a campaign for the upcoming elections on November 3, West will go up against President Donald Trump, of whom he has been a vocal supporter, and Democrat presidential candidate Joe Biden.(Wapbaze_Copyright)


According to NBC, during a speech at the MTV Video Music Awards in 2015, West said he was planning on running for president in 2020.(Wapbaze_Copyright)

On his announcement, he received backing from Kardashian, who retweeted his post with an emoji of the American flag, and Tesla and SpaceX founder Elon Musk.(Wapbaze_Copyright)

"You have my full support!" tweeted Musk. 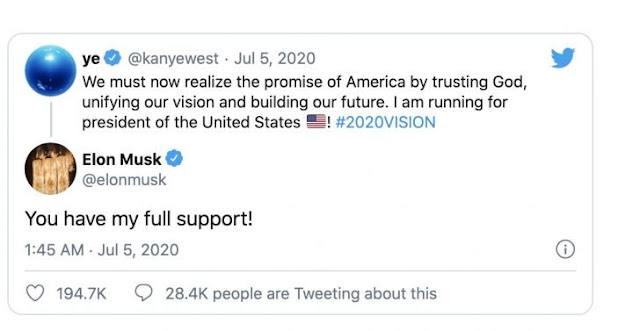