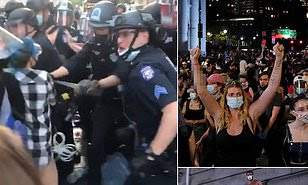 New York City - which has been gripped by weeks of protests that has seen stores looted, fireworks set off, statues daubed with paint and rising crime including shootings - has voted to slash $1billion from the NYPD budget.(Wapbaze_Copyright)

The cut, which comes amid a $9billion shortfall in city revenues due to coronavirus lockdown, will cancel the recruitment of 1,163 new officers, strip $484million from the overtime budget and transfer $354million to other services - including handing control of school safety officers from the NYPD to the Department of Education.(Wapbaze_Copyright)

The contentious budget passed with 32 votes in favor and an unusually large 17 votes against just ahead of the midnight deadline following hours of delays - leading to criticism from all sides.(Wapbaze_Copyright)


Alexandria Ocasio Cortez, a representative for parts of the Bronx and Queens, said the policing cut amounts to 'funny math' and does not go far enough in reducing the force's $6billion annual budget - which activists want to reinvest in community services instead.(Wapbaze_Copyright)

But council member I. Daneek Miller, co-chairman of the Council’s Black, Latino and Asian Caucus, bitterly opposed the move, saying it makes no sense to cut funding at a time when crime is on the rise.(Wapbaze_Copyright) 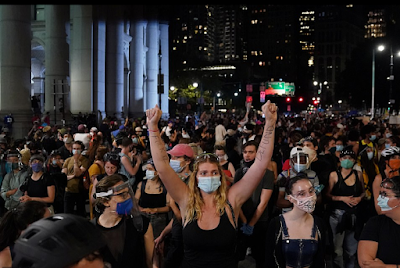 'Black folks want to be safe like everyone else, we just want to be respected,' he said, according to the New York Times. 'We can’t allow folks from outside our community to lecture us about Black lives and what we need in our communities.'

The budget also includes deep cuts to other services including a hiring freeze for all departments except emergency services, $1billion in 'labor savings', scrapping a scheme that reduced transport fares for the underprivileged, and scrapping a composting program.(Wapbaze_Copyright) 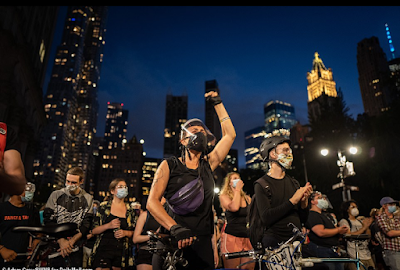 De Blasio has warned that 22,000 city employees may lose their jobs come October, when a new class of police officers is due to start training despite Tuesday's cut, if other savings cannot be found.