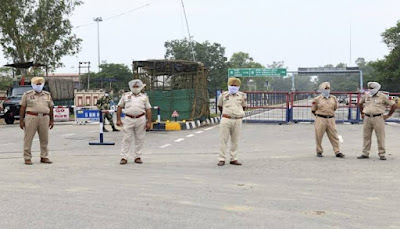 Eight policemen have been shot dead in India after being ambushed as they went to arrest a murder suspect, authorities said on Friday.(Wapbaze_Copyright)

At least seven other people were injured in the nighttime incident in a village in the northern state of Uttar Pradesh.(Wapbaze_Copyright)

State police chief HC Awasthi told reporters that the suspect “had the support of the entire village as there was firing from several rooftops”.(Wapbaze_Copyright)

Prashant Kumar, another senior policeman, said the attackers, who had obstructed the entrance to the village with an excavator, appeared to have been armed with semi-automatic weapons.(Wapbaze_Copyright)

“It was a planned attack,” Kumar told reporters.(Wapbaze_Copyright)

Media reports said the suspect had a long criminal history including the alleged murder of a politician and state minister in 2001 and was wanted over another 60 crimes.(Wapbaze_Copyright)

His gang, thought to number seven or eight, fled the village after the ambush and a major operation was underway on Friday to track them down, police said.