Teen R.a.p I.s.t Allegedly Jailed After Dad Took Him To The Police Station To Confess 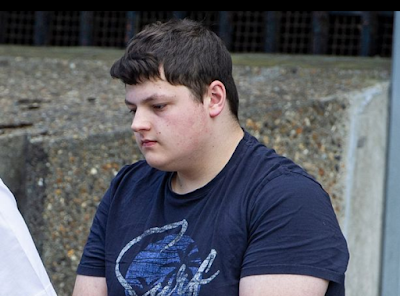 A teenager was allegedly jailed for r.a.p i.n.g a young woman after his parents drove him to a police station and made him confess to detectives. Jack Evans, 18, initially got away with the r.a.p.e attack because his victim never made a complaint.(Wapbaze_Copyright)

However, Jack Evans apologised to her by text two months later and his parents saw the message admitting his guilt.(Wapbaze_Copyright)

They took him to a police station where he admitted r.a.p i.n.g  the teenage student according to a report by The Mirror.(Wapbaze_Copyright)

She was later traced by police and told them she was paid by Evans, whose father said after the hearing that his son had to do the right thing and admit his guilt.(Wapbaze_Copyright)

Merthyr Tydfil Crown Court heard Evans would have escaped justice but for his father and stepmother telling him to confess.(Wapbaze_Copyright)

Evans persuaded the woman to have s.e.x with him in January last year but she changed her mind at the last minute. However, he carried on anyway despite her telling him to stop and trying to push him off. 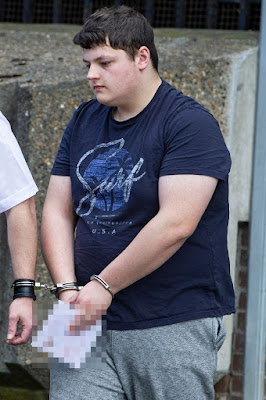 The victim, who was a virgin, said she was left feeling “worthless” and unable to trust men again. However, Gareth Williams, defending, asked for a suspended sentence because of the “exceptional circumstances.”

Judge Tracey Lloyd-Clarke ruled against the defendant saying there were aggravating features and Evans had to be locked up.(Wapbaze_Copyright)

Two months after the r.a.p.e you apologised to your victim and said you understood why she was upset. But that text came to the attention of your father and mother who took you to a police station. You told an officer your name and said you had s.e.x with the young woman.(Wapbaze_Copyright)

Evans was 17 at the time of the rape but became an adult before he was charged with r.a.p i.n.g  the woman. He was sent to a Young Offenders’ Institute for two years after being given a discount for his age and his guilty plea.(Wapbaze_Copyright)

He was ordered to register as a s.e.x offender for 10 years.