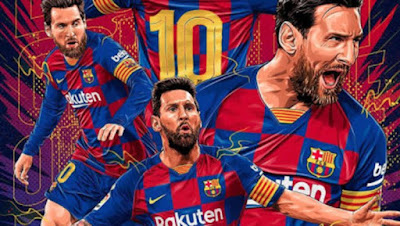 One of the most decorated football players in history, Barcelona and Argentina star Lionel Messi turned 33 on Wednesday.(Wapbaze_Copyright)

In the 2004-05 season, Messi was promoted from the Barcelona B team and he made his league debut in La Liga for FC Barcelona's first team at the age of 17 years, 3 months and 22 days against Espanyol, becoming the youngest player to represent the Barcelona first team in an official competition.(Wapbaze_Copyright)

The little magician has won 10 La Liga titles with the Catalan giants since then.(Wapbaze_Copyright)

Messi, who was born in Rosario, Argentina, scored his first goal for the senior Barcelona team in 2005 against Albacete, becoming the youngest-ever scorer for the club (at that time). In his debut season for the first team (2004-05), Barcelona became La Liga champions for the first time in six years.(Wapbaze_Copyright) 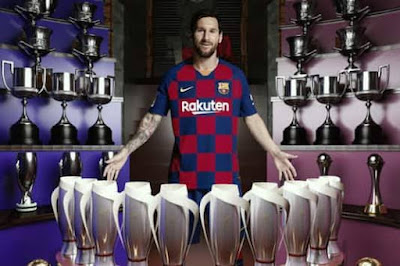 Messi also holds the record of scoring the most goals in La Liga. He has 440 La Liga goals to his name. He has also scored the most hat-tricks in La Liga (36) and has numerous other records to his name.(Wapbaze_Copyright)

Widely regarded by many as one of the greatest to have played the beautiful game Messi has won a record six Ballon d'Or awards. He bagged the coveted award in 2009, 2010, 2011, 2012, 2015 and 2019. Juventus and Portugal football icon Cristiano Ronaldo is second on the list with 5 Ballon d'Or awards. The only big prize that has eluded Messi is a FIFA World Cup trophy.(Wapbaze_Copyright)

Wishes have been pouring in for Lionel Messi on his 33rd birthday:


A happy birthday to the best there is, the best there was and the best there ever will be, Lionel Messi. Enjoy Messi while you can. Personally speaking, my best football memories have mostly included him and been because of him. pic.twitter.com/YoKXJ1DGuo— Roy Nemer (@RoyNemer) June 24, 2020


Happy Birthday to The Greatest 🐐