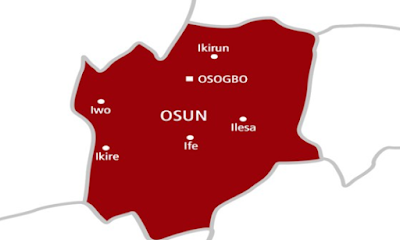 There was tension in Ilesha in Osun State on Monday as a cult clash left two dead, forcing banks in the community and commercial activities to shut.(Wapbaze_Copyright)

It was gathered that the clash was between Eyie confraternity and Aiye cult groups.(Wapbaze_Copyright)

The Nation learnt that two cultists belonging to Eyie confraternity identified simply as Solomon and Bode sneaked into Ilesha from Iwara community in Atakunmosa East local government area around 7 pm on Sunday to unleash terror in the community.(Wapbaze_Copyright)

Another group retaliated, shooting and hunting down the rival gang.(Wapbaze_Copyright)


The incident caused people to flee.(Wapbaze_Copyright)

Eyewitnesses in the community told The Nation that shop owners and residents shut their shops and houses while banks closed their doors in areas like Olomilagbala, Ereguru, Itakogun, Okesa and Imo areas of Ilesha.(Wapbaze_Copyright)

One resident said, “The Police Anti Robbery Squad of the state later dislodged the warring cult groups in those areas.”