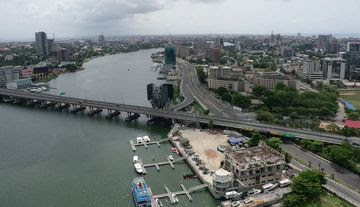 Henley & Partners Group, a citizenship and residency advisory firm that helps the rich acquire second passports, will set up an office in Nigeria.(Wapbaze_Copyright)

Following in the footsteps of other globally mobile nationals from China, Southeast Asia and the former Soviet Union, wealthy Africans represent a steadily increasing part of its business, according to the Zurich-based company.(Wapbaze_Copyright)

Expressions of interest in either passports or residency rights from Africans have jumped in recent years to more than 1,000 in the first quarter of this year from about 750 a year earlier, it said. Nigeria will be its second outpost in Africa.(Wapbaze_Copyright)

“We have been engaging with Nigerian and West African clients for over three years now and have seen constant growth,” Dominic Volek, Henley’s head of sales, said by email.(Wapbaze_Copyright)


“The significant increase in wealth creation in the region has created a consequent surge in demand for our services.”

Nigeria, the largest economy and biggest crude oil producer in Africa, has more than 700 people with a net worth greater than $30 million and that figure is forecast to grow by 13% in the next five years, Knight Frank’s 2020 Wealth Report estimates.(Wapbaze_Copyright)

Henley, which is setting up in Nigeria’s commercial capital, Lagos, supports those with deep pockets to secure citizenship of various Caribbean countries including St. Kitts and Nevis, that allow more widespread visa-free travel, as well as a select few European Union members such as Cyprus and Malta. Costs range from less than $200,000 for Caribbean passports -- once vetted by both Henley and the government -- to a contribution of more than $1 million for European nations.(Wapbaze_Copyright)

Other clients opt for residency-by-investment programs offered by countries including the U.S., U.K. and Portugal. Henley is globally the largest company active in citizenship and residence planning.