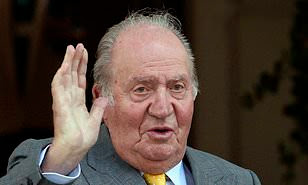 Spanish prosecutors have opened a probe into whether former king Juan Carlos was handed millions of dollars in kickbacks from Saudi Arabia.

The Supreme Court is looking into allegations the king was paid to facilitate the construction by a Spanish consortium of a bullet train between the Saudi cities of Medina and Mecca.

A statement from the general prosecutor's office called the investigation, which will centre on developments after mid-2014, one of 'undeniable technical complexity'.

The probe will cover the second phase of the 2011 contract for the high-speed railway.


June 2014 marks the moment when Juan Carlos, 82, marred by several scandals, passed on the throne to his son, who became King Felipe VI, 52.

By abdicating after nearly four decades on the throne, Juan Carlos lost the protection granted by Spain's constitution to the head of state. 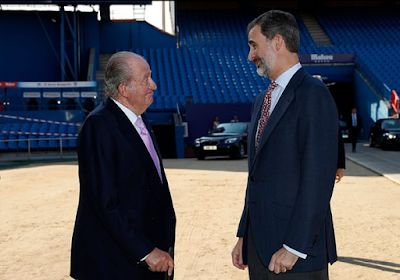 The prosecutor's statement said that given the 'institutional significance', the investigation would be charged to one of the Supreme Court's chief prosecutors and three assistants.

Although Juan Carlos's finances have been questioned in Spanish media for years, there have so far been zero legal implications for the king emeritus.

Swiss prosecutors are also investigating an account operated for Juan Carlos to which millions were allegedly transferred by Saudi Arabia's late King Abdullah. 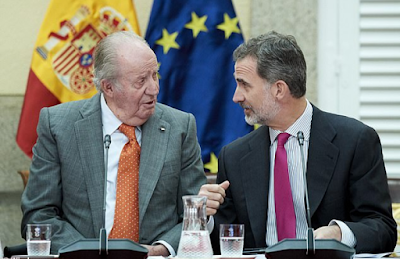 In March, King Felipe VI renounced any future inheritance from his father after the Daily Telegraph reported that the current monarch had been named as beneficiary for some of that money.

Spain's royal house said in a statement that in addition to renouncing his inheritance, Felipe would strip Juan of his annual stipend.

The decision came amid the ongoing investigation by Swiss prosecutors into an offshore account allegedly operated for Juan.

The account reportedly received €88 million (£78 million) from Saudi Arabia's late King Abdullah in 2008 when Juan was on the throne, which prosecutors believes could be kickback payments, according to the Swiss newspaper Tribune de Geneva.

Felipe denied any knowledge of the fund in a statement released in March. 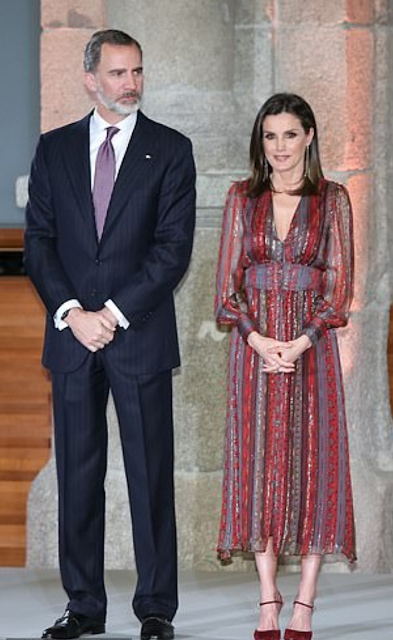 In the palace statement, the reigning king said that in April 2019 he had made it clear to a notary that he would accept no money from the foundation in question.

He also said he had absolutely no knowledge of having been named as a beneficiary to another foundation, which according to press reports paid millions of euros towards his father's flights in private jets.

The statement said King Felipe was renouncing any assets, shares or investments that might be either illegal or compromise the royal family's integrity.

Sabina w 11:52 Fri, 12 Jun 2020
Your means of telling the wwhole thijng in this piece of writing
is iin fact nice, all can simply knjow it, Thanks a
lot.
Test online casino homepage casino official website