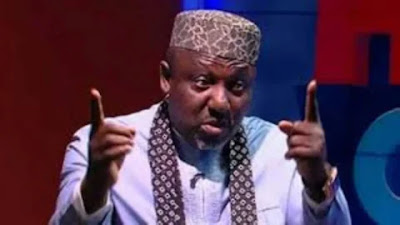 The Economic and Financial Crimes Commission, EFCC, has returned over N5.7 billion from the N7..9 billion recovered from different bank accounts and assets belonging to former Imo governor, Rochas Okorocha, to the state, for the payment of workers’ salaries and pensions.

The commission has also vowed to commence prosecution of the former governor upon the conclusion of its ongoing investigation.

The Zonal Head of EFCC in Port Harcourt, Mr. Imam Usman disclosed this in Port Harcourt during a mid-year briefing on the activities of the commission within the six months.


Imam, who has been in charge of the ongoing probe of the former governor said the commission returned over N5.7bn to various administrations in Imo to pay salaries and pensions of workers.

He said: “I started the Imo State case in Enugu and upon my deployment to this zone, the investigations of corruption allegations against the former governor of Imo State, Rochas Okorocha, was transfered from the Enugu zone to Port Harcourt for further investigations.

“Within the period, the commission succeeded in freezing about N7.9bn in different accounts. All the monies that were released to Imo State government were from the N7.9bn recovered from Okorocha. The monies were released in batches.

“N2.7bn was released in March for salaries. In the PDP government of Emeka Ihedioha, excess of N2..5bn upon series of writings and our insistence of monitoring it, was released to pay salaries and pensions because they were monies recovered from the state so it has to go back to the state.

“When,the government of Emeka Ihedioha left and this government came, we had a remnant of the money in excess of N2bn. We were able to release N514milion just last month because excess of about N1.8bn is encumbered with a court process. Contractors went to court and targeted the funds. The process is lingering. They still have excess of N1.8bn that is not released”.

Apart from the money recovered from Okorocha, the EFCC zonal boss said the senator’s assets were also identified in Imo and Abuja and seized by the commission.

He said the commission filed a court process for interim forfeiture of the assets confiscated from Okorocha.

He said: “The investigation has got to an advanced stage and we are expecting that on conclusion, we are going to arraign the former governor.

“It is in the course of investigations that we targeted his assets. Some are in Imo, Owerri and some are in Abuja. We marked these properties in Abuja and we have filed court processes for interim forfeiture of these assets. The target is to conclude the investigations and he will have his day in court”.

He said the commission also froze over N1.1bn in the accounts of Bluekey Technologies allegedly operating a ponzi scheme and defrauding over 8,926 victims of over N4.4bn.

He said the EFCC further secured interim forfeiture of 96 trucks, vessels and barges while 226 drums of automotive gas oil and 1million litres of suspected crude oil were finally forfeited to the Federal Government.

Imam explained that the son received 441 petitions and successfully investigated 262 with 159 awaiting legal advice and 20 others charged to court.

On the challenges of the commission, he said: “Fighting corruption comes with its peculiar challenges. The corrupt are not going to fold their hands while you retrieve what they had stolen. They would fight back.

“This has come in the form of sponsored media attacks. A Forumger, one Dikeocha Chukwuebuka, who caused the zone serious blushes by posting fake pictures of purported overcrowded EFCC cell was arrested and currently under prosecution.

“Other challenges are non-cooperation, and delayed response to this commission’s enquiries by some agencies; logistic challenge in investigating oil bunkering cases and inadequate office accommodation for staff.

“In spite of the challenges, the zone remains committed to actualising the mandate of the commission, which is to eradicate corruption in Nigeria”.