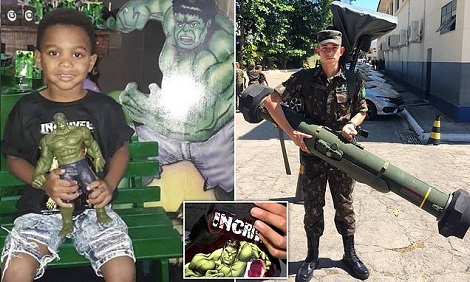 Birthday boy Enzo dos Santos died after being shot in the chest at point-blank range in front of horrified parents, two siblings and other party guests.

Police are still investigating whether the youngster was killed by accident or targeted deliberately when he was shot dead during the party in Piabeta, a town near Rio de Janeiro in Brazil.

Pedro Pevidor, who had just left the army, allegedly gatecrashed the party, and is now insisting his revolver went off by accident after falling to the ground.


Pevidor, who boasted of his army background by posing in military fatigues with weapons including bazookas on social media, was arrested after the incident.

The 22-year-old, who was remanded in custody on Tuesday after appearing before a judge in a closed court hearing, is being investigated on suspicion of homicide. 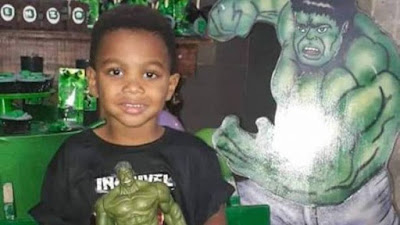 Enzo’s dad Douglas dos Santos, 37, has claimed the alleged killer gatecrashed the party and he had to pull Pevidor's car keys out of the ignition when he tried to flee after the shooting.

Enzo'ss mum claimed she heard a shot after an argument between Pevidor and children at the bash, it is said.

Douglas, whose wife rushed her son to hospital where he died on Sunday shortly after arrival, told local media in an emotional interview: “Enzo had been asking us for the past month, ‘Is my birthday party tomorrow?’. 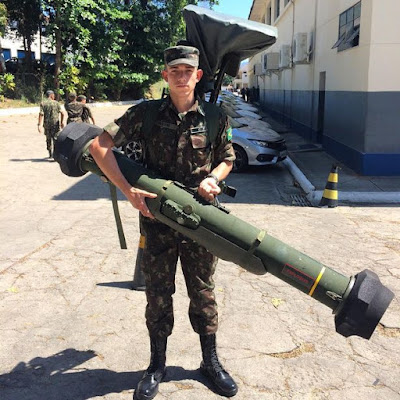 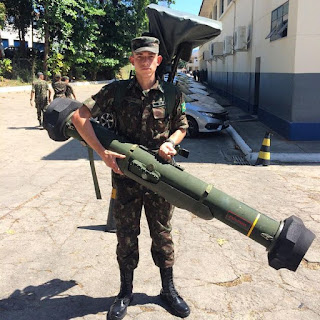 "He was very excited.

“We received them well and gave them food and drink even though they hadn’t been invited.