A mother whose nine-year-old boy was killed by a dog while she partied with its owner in a nearby caravan has been jailed for two years.

He had been left alone with the dog, named Winston, while his mum Tawney Willis took cocaine, drank and listened to music with the owner and other friends in a nearby mobile home.

Truro Crown Court heard how Frankie died from a loss of blood after sustaining 54 injuries, the most serious of which were to his head and neck. Willis returned to to check in on Frankie at 4.30am and was overheard crying ‘My baby, my baby’ after finding him dead and covered in blood.


Willis, 31, admitted a charge of child neglect, and was handed a two year sentence. Judge Carr described the mother’s decision to leave her child in a confined space with the animal as ‘grossly negligent’.

He added: ‘The scene you found I know will haunt you for the rest of your life and you have developed PTSD as a result of what you saw and experienced.’ Totterdell, 29, also from Plymouth, admitted owning a dog dangerously out of control and was jailed for three years.

Judge Carr added: ‘Winston was an extremely powerful and – as you can see from what happened – potentially dangerous dog. Yet a decision was taken to leave Winston and Frankie in that caravan alone. 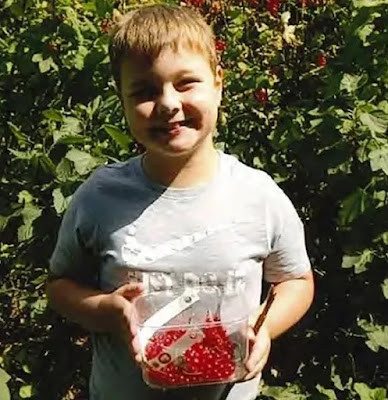 ‘I accept entirely that for the majority of his life, Winston had been a docile, happy, well-cared for dog but his size and strength must have been obvious to everybody.’

He said previous incidents including when Winston bit a young child, leaving them in need of medical treatment, should have been a ‘red flag’.

Totterdell was also banned from owning or having responsibility over a dog for 10 years. In a statement, the victim’s family said: ‘Frankie was a special young boy. He was funny, caring and kind – his smile would melt your heart.

‘He was always joking around and he loved everyone. Frankie was just becoming a little lad, growing fast, and in a blink of an eye he was gone.

‘The impact of our boy’s passing on us is huge. We are truly heartbroken.’ ‘We would like to take this opportunity to thank everyone for the help love support and kindness over the last 14 months. The love and compassion for our boy Frankie has been unbelievably beautiful.’