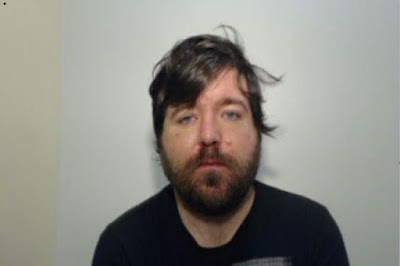 A "cunning" and "manipulative" paedophile who groomed 17 girls has been jailed for 13 years.

Sick Daniel Berry, 31, preyed on his victims - who were aged 12 to 15 - by pretending to be a modelling agent and studio boss, and getting them to send him indecent photos and videos.

He promised to pay some girls "millions of pounds" in return for n.a.k.e.d pictures or videos of them engaging in sexual activity.

Berry also detailed his own s.e.x.ual fantasies and would send his victims indecent videos of other girls, even attempting to entice two victims into s.e.x.ual activity with him.


Police also discovered more than 5,000 indecent images on his laptop - some showing children as young as six months being s.e.x.ually abused - with a investigator describing them as the "most disturbing" he'd ever seen.

She said Berry would contact them by "pretending to offer them modelling opportunities" but he would then "turn the conversations s.e.x.ual".

He used the Kik messenger app to chat with his victims and offer them sums of money in return for sexual images, with some victims persuaded to dress up in their school uniforms or encouraged to engage in sexual activity with their friends or boyfriends.

The court heard he "manipulated" his victims by threatening to expose them or sue them if they refused to co-operate and some would be tasked with "recruiting" further victims.

Several victim impact statements were read out in court.
One girl told how the s.e.x.u..a.l abuse had affected her mental health and she felt too "anxious" to go outside or to attend school.

Another said she felt "ashamed" by her actions and had suffered anxiety and depression.

Mr Shanks, defending, said Berry had recognised that he had an abnormal sexual interest in children in his 20s and has sought help.

He added that he turned to alcohol and drugs which had "inhibited" his ability to check his offending and was "extremely sorry" for his crimes.

Jailing Berry, Judge Tina Landale described Berry as a "cunning" and "manipulative" character who had "exploited the vulnerability and naivety" of his victims.

The judge sentenced him to 13 years, with three of those years to be spent on licence, and ordered him to serve at least two-thirds in prison.