Uber Driver Allegedly Advertises And Sells Car Leased To Him 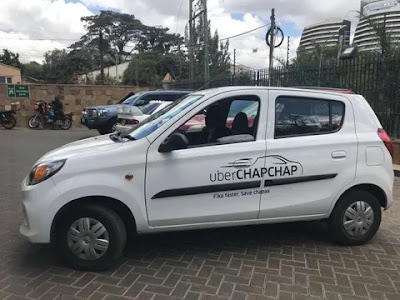 An uber driver has been arraigned in court for allegedly advertising and selling a car lent to him for Uber business, the car was sold at KSh 248,000, approximately N800,000 in Nigerian currency.

The price for which he sold the car is way below the current  worth of the car as at the time of transaction.

Meshack Kambi appeared before Makadara Law Courts on Tuesday, June 9, and was accused of stealing David Kimani’s car, a Toyota Passo worth KSh700,000 (N2.2million) on May 23 in Kasarani.


As reported  by the Daily Nation, Kambi who was working as Kimani’s driver advertised the car in one of the local dailies at a price of KSh 360,000. He found a client by the name Geoffrey Ngunyi who bought the car at KSh 248,000 after he was presented with a forged logbook from Kambi.

The car was later recovered from Ngunyi in Ruai. He was charged with obtaining money by false pretenses by selling the car to Ngunyi despite knowing it did not belong to him.

He was also charged with making a document without authority with intent to defraud after allegedly making the logbook purporting it to be a genuine one issued by the National Transport and Safety Authority.

Kambi denied the charges and was released on KSh 200,000 bond with a surety of a similar amount and an alternative cash bail of KSh 150,000.

The case will be mentioned on July 7.