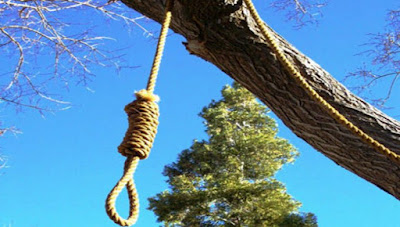 A Kisii County Catholic Church catechist hanged himself under circumstances that baffled faithful and nonbelievers.

The 63-year-old David Gisemba from Nyoero village in Kitutu Chache South took his life at his house.

Family members said that he did not leave behind a suicide note and had not shown signs of distress or revealed to anyone that he planned to kill himself.

His son, Simon Gisemba, said that heard commotion and rushed into his father’s house only to find him hanging from the roof with a rope on his neck.


He cut the rope thinking that his father was still alive only to discover he had died.

The deceased’s younger brother, Alloys Gisemba, said he had seen him in the morning talking with some artisans by the roadside before he left for a business trip to Nyakoe market.

While at the market, he was informed about the incident and rushed home to find a crowd mourning his brothers’ death.

Daniel Ondieki, the deceased’s elder sibling, said his brother had served as a catechist for over 10 years.

He said they had met three days earlier and there was nothing to cause any concern.

The local Assistant Chief Jared Oyaro, who arrived at the scene almost immediately, said they were still trying to establish what might have led the catechist to take his own life.