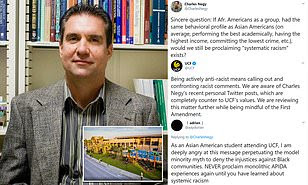 A professor from the University of Central Florida is under investigation after he claimed 'white Americans and white culture were under siege' while making several racist stereotypes about black people in the country.

The announcement from UCF came after the associate psychology professor, Charles Negy, took to Twitter to offer his comments surrounding the mythological 'black privilege.'

He said in a Wednesday tweet: 'If African Americans as a group, had the same behavioral profile as Asian Americans (on average, performing the best academically, having the highest income, committing the lowest crime, etc.), would we still be proclaiming 'systematic racism' exists?'


The professor, author of 'White Shaming: Bullying based on Prejudice, Virtue-Signaling, and Ignorance' said in follow up tweets: 'Black privilege is real: Besides affirm. action, special scholarships and other set asides, being shielded from legitimate criticism is a privilege. But as a group, they're missing out on much needed feedback.'

He continued: 'This subgroup of Blacks has *lots* of problems (many likely missing fathers, having dysfunctional, uneducated mothers, surrounded by peers with sociopathic tendencies). Lots of obstacles in life. No one knows what the solution is to this complicated situation.

Many eviscerated the 60-year-old professor, who was granted tenure by the university in 2001, for the racist stereotypes he tried to push off as proven data, failing to contextualize several key points. He was also slammed for victim blaming, not looking at the factors that contributed to some of the points he attempted to make.

'As an Asian American student attending UCF, I am deeply angry at this message perpetuating the model minority myth to deny the injustices against Black communities,' declared one Twitter user. 'NEVER proclaim monolithic APIDA experiences again until you have learned about systemic racism.'

'Here's a comprehensive study on why the mmm (model minority myth) is complete and utter bulls**t and harmful to Asian Americans.' 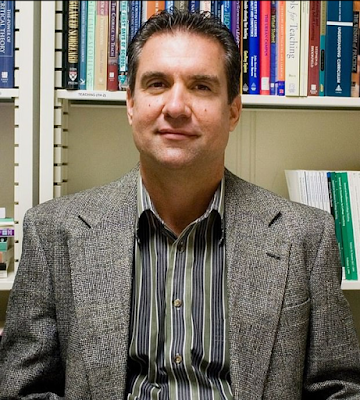 Statistics have long proven that white women have actually benefitted the most from affirmative action, as reported by Vox in 2016.

Another user added: 'That is privileged comment to make. Try growing up with a system built for 400 years to suppress you and then come back and see if you can still make this comment.'

'On behalf of China - go f**k yourself Charles,' a different person stated.

'The privilege of saying "stay in school" wow! fool,' another declared.

UCF released a statement on Twitter slamming the professor's remarks but stressed they would need to be 'mindful of the First Amendment. 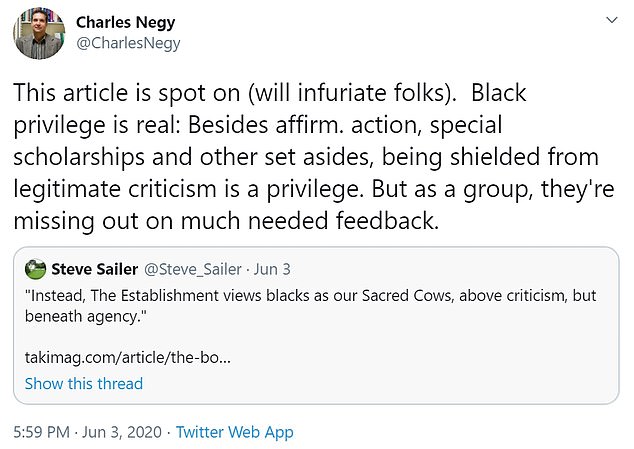 'Being actively anti-racist means calling out and confronting racist comments,' the university said on Twitter.

'We are aware of Charles Negy's recent personal Twitter posts, which are completely counter to UCF's values. We are reviewing this matter further while being mindful of the First Amendment.'

In an interview with the New York Times, the professor defended his racist remarks and claimed that he was critical of all groups.

'Despite what so many 'haters' are saying about me on Twitter, I've never said ANYTHING critical of George Floyd,' Negy said. 'The man was murdered in cold blood by a man who was a total sadist. So cruel.' 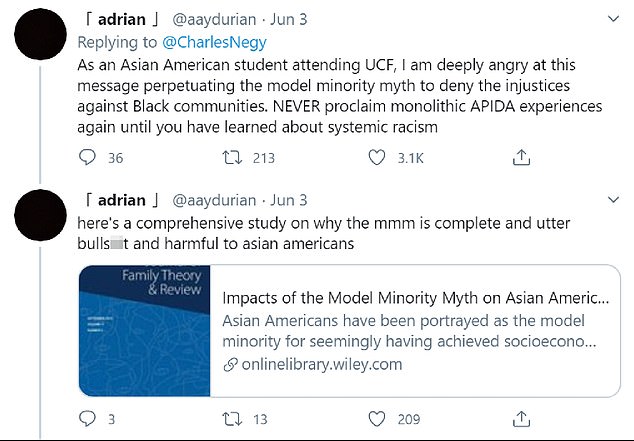 He added: 'In my classes, we critically look at various groups, including whites. There is no way I can be brutally honest about each racial/cultural group without offending someone.'

In a letter to students, school president Alexander N Cartwright and two other officials condemned the remarks.