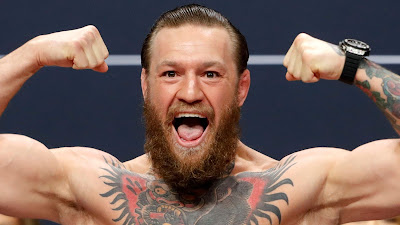 UFC star Conor McGregor has stunned fans by announcing his shock retirement from fighting at the age of 31.

The Irishman posted on Twitter in the early hours of Sunday morning to announce that he will not be fighting again.

McGregor wrote: 'Hey guys I've decided to retire from fighting. Thank you all for the amazing memories! What a ride it's been!

'Here is a picture of myself and my mother in Las Vegas post one of my World title wins! Pick the home of your dreams Mags I love you! Whatever you desire it's yours.'


'The Notorious One' had been expected to fight again later this year with UFC legend Anderson Silva, Jorge Masvidal and a rematch with arch-rival Khabib Nurmagomedov touted as likely options.

However, McGregor, who is estimated to have earned in the region of $100m (£80m) alone from his UFC fights and has a net worth of $110m (£86m), appears to have gone into early retirement. 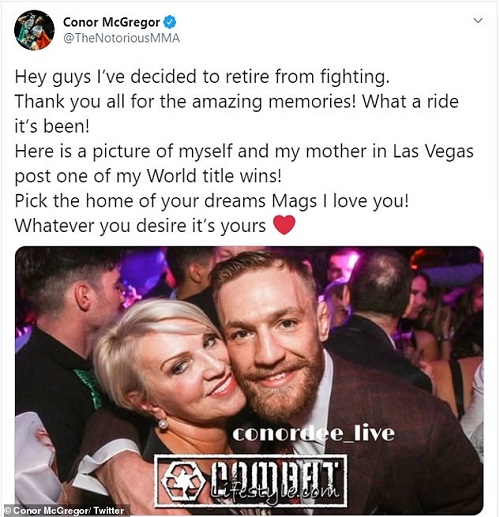