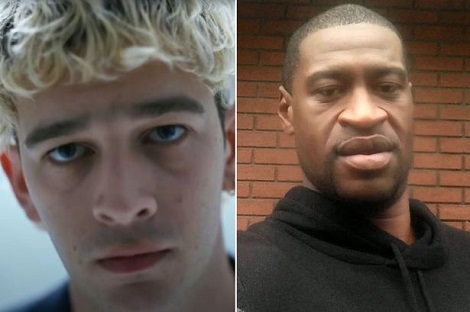 Michael Jackson's son Prince has turned to his father's lyrics to find the words to portray his feelings in a tribute to George Floyd.

The 23-year-recent son of the King of Pop wrote a lengthy statement on Instagram in which he called for the discontinue of 'systemic racism against the black community'.

Looking for the correct response to the alleged murder of George by police in Minneapolis, Minnesota, Prince turned to dad Michael to provide the words that were required.

He included "'Beat me…Hate me…You can never break me.' — Michael Jackson," in the tribute to the 46-year-recent father-of-one.


The lyric quote comes from Michael Jackson's 'They Don't Care About Us' which hit out at racism and police brutality in the 1995 hit.

Speaking to his 677,000 followers, Prince wrote after the MJ quote: "I’m going to speak from the heart, becautilize that’s all I know how to do.

"There’s a lot the system can do to you, but when you give up, they win. Don’t let the system hrecent you down."

Prince went on to quote lauded Welsh poet Dylan Thomas writing: "Do not go gentle into that fine night.”

He continued to urge his followers: "No matter what they throw at us, let’s support each other and not let it break us.

"At the moment, the best way to heal and go forward is to assist one another. We will always be stronger together."