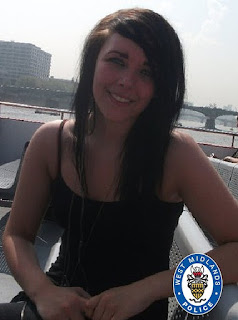 A woman whose charred and dismembered body was found in suitcases dumped in a forest was today named as 28-year-old Phoenix Netts.

It is understood the young woman was killed at a women's refuge in Birmingham where she had been living for a number of months.

The suspect, 27-year-old Gareeca Gordon, who was charged with her murder last week, also lived at the seven-bed HMO in the Lozells area of the city, neighbours say.

Police fear the victim had been 'sawed in half' before being burned.


Handyman Mahesh Sorithaya, 38, has been charged with assisting an offender.

It is understood that Ms Netts last-known whereabouts date back to mid-April. Her phone, which had gone unanswered, was said to have disconnected last Tuesday.

Her family today said they were 'devastated' by the death.

They said in a statement released by West Midlands Police: 'As a family we are devastated with what has happened to Phoenix.

'We ask most humbly that our family's privacy is respected whilst we grieve and come to terms with the loss of Phoenix in such tragic circumstances.

'Whilst we understand this is a news story, we hope everyone can understand why we need to be left alone at this very difficult time.'We have family and good friends supporting us and our thanks go out to all of them.

'We would also like to thank all the police officers involved in the investigation for their hard work and sensitivity.'