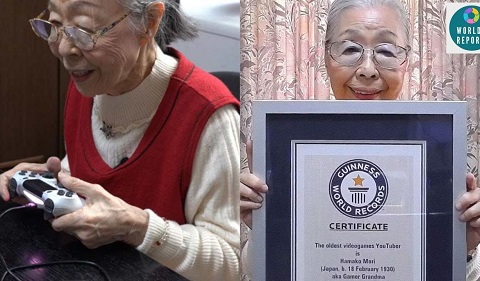 A Japanese woman who built a cult following online with her video game skills has been recognized as the world's oldest YouTube gamer -- at the age of 90.

Hamako Mori, known as "Gamer Grandma" to her 250,000 YouTube subscribers, started gaming 39 years ago. Her YouTube channel launched in 2015, and she posts up to four videos a month.

In her clips, she does everything from unboxing new consoles to broadcasting her gaming prowess.

And now Mori, who counts the "Grand Theft Auto" series among her favorites, is officially the world's oldest gaming YouTuber, according to Guinness World Records.

"After living for this long, I feel more than ever that playing games for this long was the right choice. I am truly enjoying my life, it's rosy," Mori said in a media release from Guinness World Records.

Mori maintains a sharp sense of humor in her videos, with one dubbed "elder plays Elder Scrolls V Skyrim," referring to the popular fantasy role-playing title. They also offer a candid close-up on her life: In "90-year-old grandma plays Dauntless" -- which has more than 3 million views -- Mori blows out candles on her birthday cake before vlogging her take on the monster battling game.

"I'm going to play 'Dauntless' today," she says. "After I started playing this, it was such fun, and I couldn't stop. I can't look at any other games -- it's all about this one ... sometimes I end up playing until 2 a.m."

Mori has also collected an array of consoles over the decades. The first one she owned was Cassette Vision, which was released in Japan on July 30, 1981.

"It looked like so much fun, and I thought it's not fair if only children played it," Mori said. 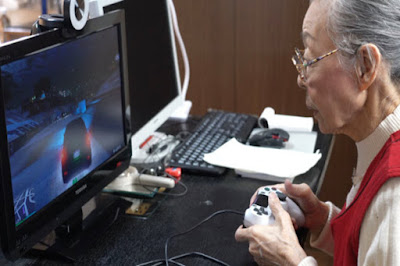 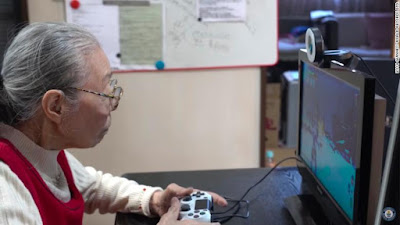