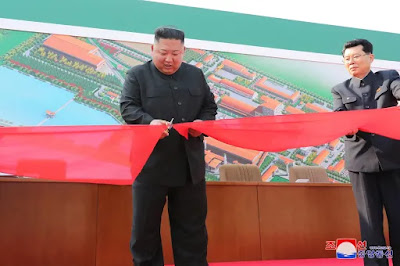 The mystery surrounding what happened to North Korea's Kim Jong Un might have been answered after he was reportedly spotted in public for the first time in nearly three weeks.

Photos emerged Friday in a North Korean state-owned newspaper showing Kim cutting a red ribbon at the opening of a fertilizer plant in Suncheon In. He appeared to be accompanied by his sister.

Earlier, Yonhap reported that a North Korean defector was "99% certain" that Kim died last weekend and an announcement could be forthcoming over the next several days.

Last week the South Korean government cast doubt on rumors that Kim was gravely ill following heart surgery. Speculation about his health intensified after he did not attend his late grandfather's birthday celebrations on April 15, the most important date in North Korea's calendar, known as "Day of the Sun."

Rumors continued to swirl after the South Korean website Daily NK cited one unnamed source as saying Kim, who is believed to be 36, had undergone heart surgery and was recuperating in a villa outside the capital Pyongyang. 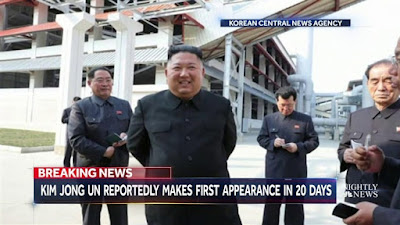