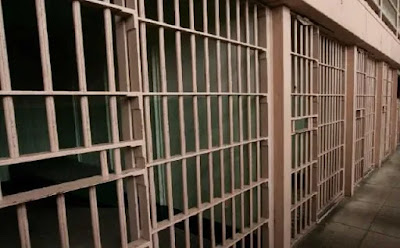 Kano State Grand Khadi, Tijjani Yusuf Yakasai has on Thursday set free, not fewer than fifty-nine inmates with minor offences and delayed trial in order to decongest the Nigerian Correctional Service to curtail the spread of the raging Coronavirus pandemic.

The inmates including a female were freed from the Kurmawa and Goron Dutse Custodial Centers in the state.

The Grand Khadi ordered the release of the inmates through a committee he set up under the Chairmanship of Upper Sharia Court Judge, Kofar Kudu, Alkali Ibrahim Sarki Yola.

Yola who presided over the sitting at the Dogon Dutse facility said the act was to secure the release of inmates with delayed trial and minor cases.

“And based on this, we have today freed 32 inmates including a female.

“On Wednesday, we visited Kurmawa centre where we freed 27 inmates.

“The Grand Khadi’s action was based on his leadership style and to follow suit and footstep of President Muhammadu Buhari who recently pardoned some inmates.

“The intention was to reduce congestion in the prisons in order to curtail the spread of the deadly disease of Coronavirus.

“However, while we set the inmates free, we have also preached to them to go out there and turn a new leaf and not to return to the previous lifestyle. We warned that we will not take it lightly with anyone of them who is brought back for any offence,” Yola however said.

Earlier, the Public Relations Officer, DSC Musbau Lawal expressed gratitude with the gesture aimed at decongesting the facilities, saying it is timely with the scourge of Coronavirus.