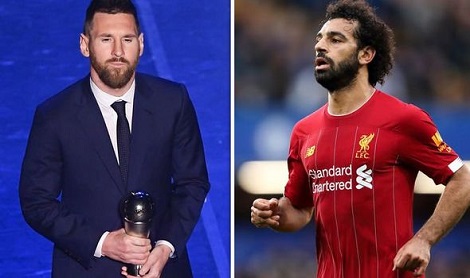 FIFA’s The Best voting system has been accused of being rigged after several nations tabled complaints.

The national team coach, captain and a journalist from each country gets one vote in each category.

However, Sudan’s coach Zdravko Lugarisic and Nicaragua’s Juan Barrera have alleged their ballots do not represent what they actually submitted.


Barrera is reported to have said: “I did not vote for Messi. I was surprised to be on the list of captains who voted for Messi and there is no explanation how it appeared there.”

Lugarisic was also listed as voting for Messi as his first choice but he has taken a screenshot to show he opted for Liverpool forward Mohamed Salah.

However FIFA insist the documents submitted by the Nicaraguan and Sudanese FAs were published correctly and arrived with official stamps. They have contacted the two FAs to inquire on the matter.

Meanwhile, the Egyptian Football Federation claim their votes, by coach Shawki Ghareeb and captain Ahmed Elmohamady, were not included in the results.