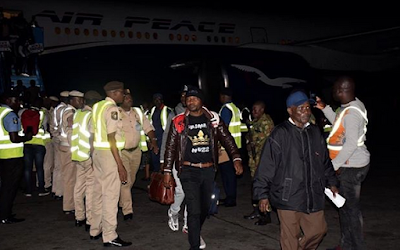 The House of Representatives has accused the Minister of Foreign Affairs, Geoffrey Onyeama, of ignoring summons by the lawmakers to address them on the spate of xenophobic attacks on Nigerians in South Africa.

The Speaker, Femi Gbajabiamila, in his remarks after a long debate on the attacks at the plenary on Tuesday, said he had been told that the ministry failed to answer several invitations by the Chairman, House Committee on Foreign Affairs, Buba Yusuf.

“It is unfortunate that in all those occasions, the minister has not responded to the Chairman’s invitations,” he said.


While the Speaker alleged that Onyeama also refused to answer when the leadership of the House stepped into the matter, he warned ministers against shunning invitations by the parliament.

Gbajabiamila, who threatened that the lawmakers would invoke relevant sections of the Constitution against erring Federal Government officials, he said he would report Onyeama to President Muhammadu Buhari.

The Speaker also announced that Chairman of Air Peace, Allen Onyema, had been invited to appear before the lawmakersto appreciate him for offering free services to evacuate stranded Nigerians in South Africa.

While disclosing that the Air Peace boss was to appear in plenary on Tuesday, the Speaker said Onyema was on the same day airlifting another batch of Nigerians from the country.