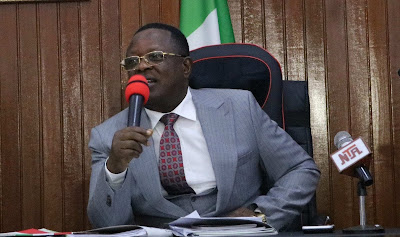 Gov. David Umahi of Ebonyi has approved the appointment of 180 additional aides to serve as Executive Assistants (EA) as and Senior Technical Assistant (STA).

Mr. Clement Nweke, Principal Secretary to the governor in a statement in Abakaliki, directed the appointees, which include two former members of the Ebonyi State House of Assembly, EBSHA, and ex-deputy speaker, Mrs. Dorothy Obasi, to report on Monday.

The new appointees into the technical assistant position include Chief John-Williams Nwode- former LGA Development Centre Coordinator, Nnannna Nwangele and Nkem Madu, prominent Youth leaders in the state among others.

Umahi had on Aug. 6, Gov. Umahi said that he will no longer appoint more aides, with the members of the state Executive Council increasing from 70 to 83.