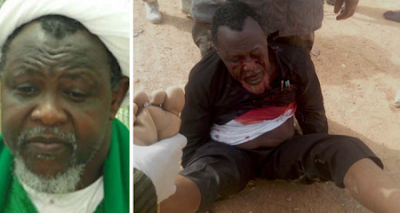 The detained leader of a Nigerian Shiites group, Ibraheem El-Zakzaky, is alive but seriously ill, his lawyer has said.

The lawyer, Femi Falana, was responding to rumours of Mr. El-Zakzaky’s death.

Rumours of the death of the leader of the Islamic Movement in Nigeria spread on social media today, hours after the latest rounds of protests by his followers, demanding his release, held in Abuja.

Mr. El-Zakzaky and his wife have been detained since December 2015. They sustained gunshot wounds during their arrests, his lawyer said.


Mr. Falana said the bullet in Mr. El-Zakzaky’s wife’s body is yet to be removed.

“Clinically he (El-Zakzaky) is not dead yet. But he is very very sick,” Mr. Falana said.

“He has lost an eye, he is in the process of losing the other one. He has developed stroke in detention.

“Bullets in the wife’s body have not been removed since 2015,” he added.