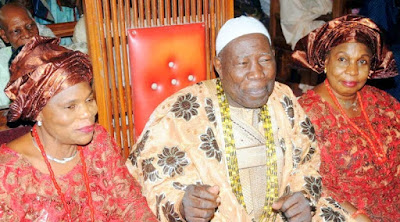 A senior wife to the Olubadan of Ibadan land, Saliu Adetunji, identified as Kudirat Aduke, is dead.

“The Olori passed away in the early hours of Thursday December 21 , 2017. Until her death, she was the Iyaloja of Bolade , Oshodi Market , Lagos,” the statement said.

“She will be buried today (Thursday) at the Popoyemoja , Ibadan palace of Olubadan of Ibadanland at 4 p.m. according to Muslim rites . “She is survived by her husband , many children and grandchildren.”