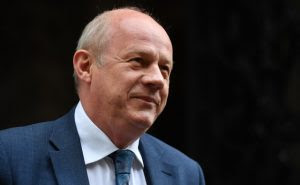 Theresa May’s most important ally in Government has been asked to leave his Cabinet job after a probe found he made “misleading” statements about pornography found on his Commons computer.

Damian Green was forced out after an investigation exposed he had known for years that the explicit material had been discovered by police, something at odds with his public comments.

The probe carried out by a senior Whitehall official also found claims from Conservative activist Kate Maltby that Mr Green made unwarranted advances on her were “plausible”, though it was not possible to prove them one way or the other.


In a letter, the Prime Minister said how “extremely sad” she was to have to let him go, but said that his actions set out by the investigation, meant she needed to ask him to resign. He responded apologising, but insisting he had never downloaded the pornography and denied Ms Maltby’s allegations.

In his letter to the Prime Minister, Mr Green has described the allegations that he downloaded or viewed pornography on his parliamentary computer as “unfounded and deeply hurtful”.

The ex-minister wrote: “I regret that I’ve been asked to resign from the government following breaches of the Ministerial Code, for which I apologise.”

He then went on: “I accept that I should have been clear in my press statements that police lawyers talked to my lawyers in 2008 about the pornography on the computers, and that the police raised it with me in a subsequent phone call in 2013. I apologise that my statements were misleading on this point.”

Mr Green said that he did “deeply regret the distress caused to Kate Maltby” following her claims, but insisted he did not recognise them.

He added: “I clearly made her feel uncomfortable and for this I apologise.”