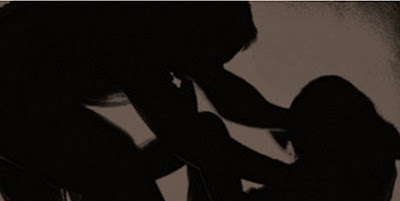 An 18-year old boy, Saidu Abdullahi, has been arraigned before a Katsina Senior Magistrates’ Court for allegedly having sexual intercourse with his eight-year-old sibling.

The accused is facing a charge of incest which the police said is contrary to Section 390 of the Penal Code.

The police, in the charge sheet presented before the court, claimed that the teenager lured is sibling into a toilet on the premises of a steel rolling company near their house and forcefully had sexual intercourse with her.


The younger sister was said to have been taken to the General Hospital, Katsina for examination and treatment, after which one Sergeant Sani Rabiu of the Central Market Police Station brought the victim to the station after the incident.

The police prosecutor, Inspector Sani Ado, told the court on Tuesday that investigation was still in progress and prayed for an adjournment.

The magistrate Hajiya Fadila Dikko, admitted Abdullahi to bail and ordered him to appear before the court on February 14, 2018 when his case will be mentioned.