CCTV Camera Exposes Man Alleged To Have Stolen Phones Worth N60,500 In Hotel 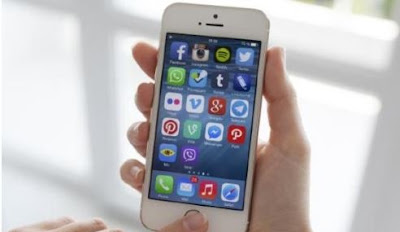 For allegedly stealing phones valued at N60,500, a 26-year-old man, Monday Francis, was on Monday brought before an Ikeja Magistrates’ Court in Lagos.

Francis, a resident of Egbeda area of Lagos State, is being tried for stealing. According to the prosecutor, Sgt. Yomi Egunjobi, the accused committed the offence on Nov.19 at the Airport Hotel, Ikeja in Lagos State.

He said the accused stole two cell phones valued at N60,500, property of Mr. Moruf Olayiwola. The prosecutor said the complainant had gone to the hotel to swim.

But after he finished, he discovered that someone had stolen his two phones from inside his trousers.


“The accused left his trousers on a chair to swim. When he was through, he discovered that his iPhone 5 and a Nokia phone had been stolen.

“Immediately the complainant reported the theft, the management watched the Closed Circuit Television (CCTV) camera and discovered the face of the accused.

“The accused came back the following day. When he was questioned, he denied the theft. But the CCTV camera revealed he was the one when he was made to watch it alongside the officials of the hotel.

“He was handed over to the police,” he said. The prosecutor said the offence contravened Section 287 of the Criminal Law of Lagos State, 2015(Revised).

The section prescribes three years’ jail term for stealing. The accused pleaded innocence to the offence and was granted bail in the sum of N30,000 with two sureties in like sum. The magistrate, Mrs O.I.

Raji said that the sureties should be gainfully employed and show evidence of two years’ tax payment to the Lagos State Government (LASG). The case was adjourned until Jan.5, 2018 for mention.