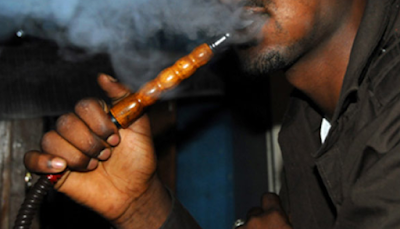 Rwanda has announced ban on importation and smoking of water-pipe tobacco popularly known as “shisha’’ on Friday.

The use, advertisement and import of water-pipe tobacco are banned on Rwandan territory with effect from Dec. 15, 2017, a statement issued by Ministry of Health said.

The ban is in line with World Health Organisation tobacco guidelines underlining smoking health effects such as being damaging, addictive and dangerous on human lives, the statement said.
It said that failure to comply with the directive would attract sanctions as provided by the country’s laws.

The smoke that emerges from the water-pipe is said to contain numerous toxicants known to cause lung cancer and other heart diseases, according to the ministry of health. The ban comes about a decade after the government banned public cigarette smoking.