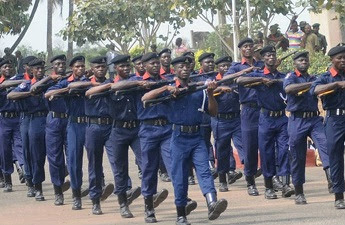 Two clergymen have been arrested in Akure, the Ondo State capital, for sexually assaulting their church members and defrauding them using diabolical and fetish means.

The arrest of the two clergymen was effected by officials of the state command of Nigerian Security and Civil Defence Corps, NSCDC.

Vanguard was informed that the suspects, using diabolic means, defrauded and sexually abused worshippers in their respective churches.

One of the suspects’ church is located in Ilorin, Kwara State, while the other is in Idanre area of the state.


Reports had it that the two clergymen always lure desperate ladies looking for suitors and married women in search of children by promising to cast out evil spirits obstructing their desires.

They would, in the process, use diabolic means to abuse them sexually and defraud them by asking them for a certain amount of money to prepare concoctions for them.

Exposed by members, Vanguard gathered that some members of their churches, who were not comfortable with the development in the churches, tipped off NSCDC men, who later set a trap for them.

Parading one of the suspects, the State Commandant of NSCDC, Pedro Idebo, said an investigation was still on as regards the other suspect, who is yet to be paraded.

Idebo said some fetish items used in swindling the victims were recovered from the two suspects.

His words: “The criminal activities of the culprits, mostly in using fetish means, forced some church members to report the duo to the NSCDC office in Akure.

“They also obtained various sums running into millions of Naira from members of their congregations under false pretences.

“We use this opportunity to warn the fake clergymen and women to urgently relocate from the state or face the law of the land.”

Idebo vowed to run fraudsters out of the state, adding that the command will team up with sister agencies in the state in ensuring criminals are not only apprehended, but equally prosecuted in a law court.