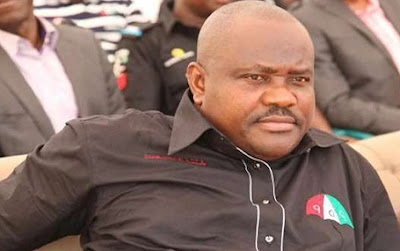 Former President Dr. Goodluck Jonathan and the Peoples Democratic Party have felicitated with the Governor of Rivers State, Mr. Nyeson Wike, on his 50th birthday.

Jonathan described him as a leader who had made outstanding contributions to national development.

The ex-President in a goodwill message in Abuja on Wednesday, described the governor “as a listening leader who attends to the everyday needs of his people.”

A statement by Jonathan’s spokesman, Mr. Ikechukwu Eze, quoted Jonathan as expressing satisfaction with Wike’s performance both as a minister in his government and as the governor of Rivers State.


The statement added, “You are a notable democrat whose responsive and transformational pattern of leadership positively affects the lives of your people.

“As the peoples’ governor, you have made a mark for yourself, by shunning the convenient highway of political acceptability and opting to spend more time with the good people of Rivers State, listening to their hopes and aspirations, and attending to their everyday needs.

“Through your visionary leadership, you have raised the bar in accountable governance with the unparalleled delivery of social and physical infrastructure; a commitment that has earned you a fitting epithet, ‘Mr. Projects.’

“Your Excellency, I pray that God Almighty will preserve and protect you as you continue to improve the fortunes of Rivers State and transform the lives of the people.”

The PDP in a statement by its spokesman,  Mr. Kola  Ologbondiyan, praised Wike for his political sagacity that he said propelled the party to greater heights.

Specifically,  Ologbondiyan said that Wike, who he claimed had earned the sobriquet of “Mr. Project” because of his alleged  outstanding performance in the  development of his state, “is a jewel and pride not only to the PDP and  Rivers State but also to the nation at large.”

He added that the PDP “is very proud of Wike for his exceptional leadership  qualities and outstanding performance.”

He urged the governor to remain steadfast in his determination to bring the dividends of democracy to the people of Rivers State and good governance to Nigerians.

“The PDP also prayed that God in His infinite mercies will grant Governor  Wike good health, peace and courage in the years ahead,” he added.