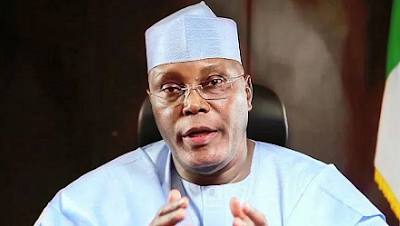 In 2001, Mr. Buhari drew nationwide backlash when he was quoted as declaring support for the Islamic doctrine of Shari’a and as calling on Muslims to only vote for their fellow Muslims during elections. The president challenged the report saying he was quoted out of context.

He  has also repeatedly denied being an extremist, saying he tolerates other religions as much as he does his Muslim faith.


“For about 15 years, Buhari could not enter America on account of religious considerations,” Mr. Abubakar said in an interview with Dele Momodu which was published in The Boss Newspaper Saturday.

Mr. Momodu had asked Mr. Abubakar why he had not been able to visit the United States for many years, amid speculations that he is wanted in that country for a slew of sharp practices.

Mr. Abubakar, who is expected to run for president in 2019, said the U.S. authorities have nothing against him. He said he was able to visit Europe regularly without being arrested for onward extradition to the U.S.

The former vice president said if Nigerians elect him president, he would be allowed into the United States just like Mr. Buhari and Indian Prime Minister Narendra Modi, both of whom are now being accorded red carpet treatments in the U.S. after becoming leaders of their respective countries.

Mr. Abubakar was named in at least one fraudulent deal in the United States, which involved contract award in Nigeria.