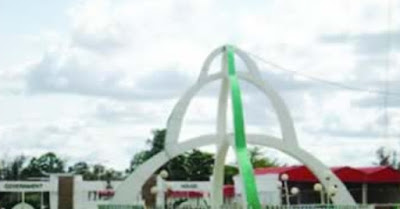 The Police in Ebonyi State have started investigation into the alleged rape of an undergraduate of the Ebonyi State University, Esther Odinakachi, by the Technical Assistant to the state Governor on the New Media, Francis Nwaze.

The state Police Public Relations Officer, DSP Lovet Odah, said the matter, which had been reported at the State Criminal Investigation and Intelligence Department, was undergoing investigation.

Punch Metro learnt that Odinakachi and Nwaze were friends on Facebook, and the undergraduate had indicated interest in joining the Peoples Democratic Party in the state.


Punch correspondent gathered that Nwaze invited her to his office where they had a conversation on Monday.

During a second meeting on Tuesday, the governor’s aide was alleged to have driven the victim to his house where the alleged rape took place.

While Odinakachi claimed she was sexually violated, Nwaze denied having any form of sexual contact with her, saying it was mere blackmail.

A Facebook user, Kehinde Adeola, had claimed that the victim contacted her on Tuesday through Facebook Messenger, alleging that she had just been raped by the governor’s aide.

She said, “I tried getting more details from her, but she was so broken that she was bent on harming him in his sleep.

“Throughout that night, I was awoke with her till she went offline. He seized her phone when he woke up and saw she was chatting. Early hours of yesterday again (Wednesday), he repeated the rape and gave her N1,000 for transportation.

“She said she wanted justice and because she might not be able to get legal justice, she opted to take the law into her own hand. This I tried to prevent and was successful.

“I got her password and her Facebook username and started a chat with Francis. He seemed to be a very hard one to crack, as he kept saying he didn’t have sex with her, or force her home, neither did he rape her. All effort to make him confess was abortive.

“I called again yesterday and spoke as if I was Esther. After denying not having sex at all, he said, ‘Didn’t I give you N1,000 after everything?”

Odinakachi told Punch Metro on Thursday that the governor’s aide deceived her.

She said, “We are friends on Facebook. I told him that I was a member of the All Progressives Congress and that I wanted to join the PDP. He said he could make me relevant in the party and that the governor was his brother. He said we needed to meet face-to-face.

“We scheduled to meet at the government house. Because I put on trousers, I was not allowed in. So, he drove outside the gate and said I should follow him so he could go and meet his friends. I entered the car and we went where he met his friends. There was not much we could discuss because of that.

“When it was 9pm, I told him I wanted to go home. He said he wanted to take me to his house so that we could have a better discussion there. I left and went home.

“On Tuesday, he said there would be a meeting at an amusement park. I asked if it was a PDP meeting and he said no, but it was a meeting that I should attend. I told him I would be busy, but would be available by 8pm.

“I came out of my school’s gate around that time and saw him waiting for me. I entered the car and was surprised that he didn’t follow the road that led to the amusement park. I asked why he changed his mind. He said he wanted to take me to a calm place because the park was noisy.  I told him my father and fiancé were aware of my meeting with him and that if he did anything funny, he would not get out of it.”

She explained that the suspect took her to a relaxation spot in a hotel where they shared drinks, adding that around 9.30pm, Nwaze said he was going home.

The victim said she told him that she would find her way back home, but the suspect insisted on taking her back.

“I entered the vehicle and we began the journey home. However, I observed that instead of taking Afikpo Road, he took another road. I asked where he was going, and he said he was taking me to my house. I protested that it was not my route, but he said he wanted to take a shortcut. I was uncomfortable. As he continued driving, I started shouting and screaming. He took me to his house and raped me,” she added.

The suspect, who described the allegations as lies to destroy his reputation, said he never touched Odinakachi.

He told Punch Metro that he was not moved by the plot.

He said, “She said she was tired of APC and wanted to join PDP. I told her to go to her ward or local government to register. Besides, I asked what her strength was in her ward and she said she just wanted to be relevant.

“At the end of it, I invited her to my office and she came. I gave her a guide and after everything, she went back. To cut the story short, I never knew she was planted to blackmail me. I never raped her. There was no such thing.

“On the N1,000 I gave her; when she was in my vehicle, she said she misplaced her N1,000 in the car. I was surprised and wondered how her money would go missing in my car. I shouted at her and said if she needed money, she should have told me, instead of lying that her money was missing. I told her that I had only N1,200 and I could manage to give her N1,000.

“Yesterday (Wednesday), she called me and asked if I saw the N1,000. I was shocked and told her to stop calling me over the N1,000 and it was out of my magnanimity that I gave her my N1,000. Then suddenly, she flared up and said if I didn’t give her money, she would blackmail me. She said in fact, I was a rapist. She said she would deal with me and end my career.

“I told her she could take the matter to the public and let people crucify me. I graduated from Anambra State University and I am in politics; if it is about getting girls, I have choice and if conji (libido) holds me, I know where to get it. So, why will I rape a woman?  I did not rape anyone during my university days, is it now that I will rape? I have girls throwing themselves at me, so why will I rape her?”

The police spokesperson, Odah, said the matter was being investigated, adding that medical tests had been done.

“The matter is being handled by the gender unit at the SCIID. Investigation is ongoing,” she said.